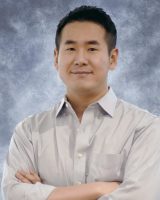 Prior to accepting his position at CHWS, he worked at the Center for Technology in Government (CTG) to develop a water quality data analytics prototype for the Department of Environmental Conservation of New York State. He also worked as a research analyst at the Korea Institute of Ocean Science and Technology (KIOST). Mr. Choi is a Fulbright scholar who has been published in several academic journals. He holds a MPP from Seoul National University in the Republic of Korea and a BA in public administration from Kookmin University in the Republic of Korea. He currently is a PhD candidate with the Department of Public Administration and Policy at the University at Albany, SUNY.